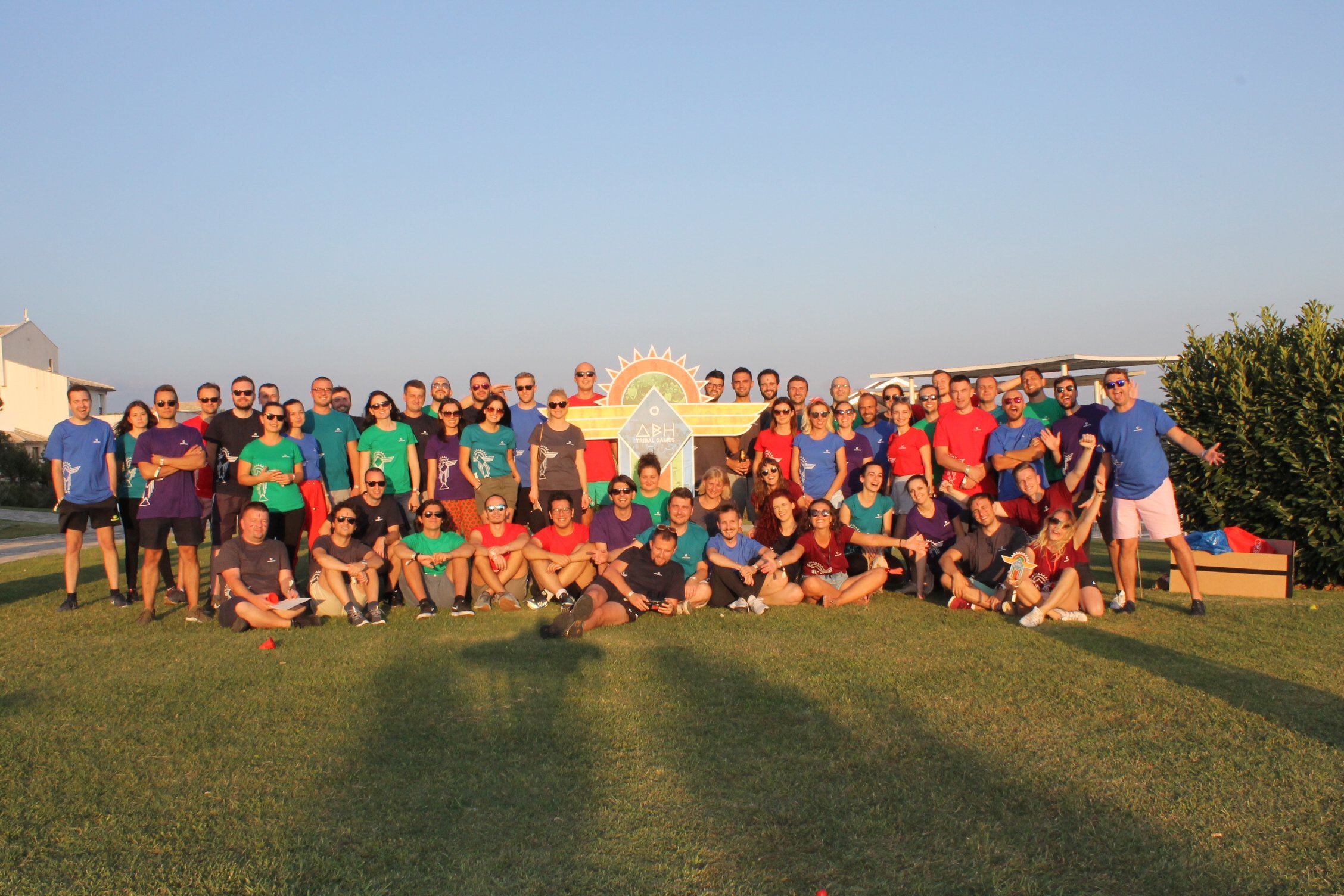 ” Your vibe attracts your tribe. So find your tribe and love them hard. “

The Making of the ABH Tribal Games

The ABH Tribal Games started as an idea that grew into a brand. From the design to the execution, every step was meticulously planned. The ABH Tribal Games don’t organize themselves. You need a dedicated Talent and Marketing team with a whole lot of creativity, unique ideas, and a really good hammer & glue-gun combo.

Once the setup is done, it’s time for some fun.

Our Atlanters arrived at HERCEG etno selo and had no idea what was waiting for them. After a hardy lunch (they needed energy), they were introduced to the ABH Tribal Games … a custom-made tribal-themed obstacle course with personally designed activities to test the limits of their tribes. Seven tribes went head-to-head to see who can complete the obstacle course in the least amount of time

While it was a battle of tribes, at the end of the day we are one Atlantbh Tribe. Like any tribe, we have our very own Totem which we built together. Showing our unity and community, we put together the ABH Totem, piece by piece.

The Birth of the Atlantbh Tribe

To cool down, our Tribe enjoyed a pool party with cold drinks under the Herzegovinian sun before hitting up the afterparty for some karaoke and dancing. Other activities included the Turtle (Kornjaca) Safari, a mini treasure hunt in search of the prize-giving turtle, a day trip to Kravice Waterfalls, and a traditional Bosnian feast at Jablanica.

So, what’s the secret behind the success of the ABH Tribal Games – besides being awesome?

Having the best Tribe ever … what else!

This year, we finally got a glimpse of the “old normal”. So, we fully embraced it and rolled up our sleeves - and here is what we were up to.  New opportunities Throughout 2022 our engineers got significant new opportunities to grow their careers, use new technologies and further develop…
Neira Kameric Jevicki 0
Love0
CultureNews
October 25, 2022

What were Atlanters up to in Turkey?

Our company team building is an annual event most Atlanters plan their vacation around. If you don't believe me, ask them. Just like the rest of the world, we had a longer break from traveling than we like, but we made sure to make up for lost time on this…
Neira Kameric Jevicki 0
Love0
CultureNews
September 12, 2022

Atlanters’ Challenge for a Clean Bosnia and Herzegovina

Atlanters’ Challenge for a Clean Bosnia and Herzegovina Atlantbh and its community is passionate about supporting Bosnia and Herzegovina. We buy local products, have mini team buildings throughout the country, and have started the nationwide famous campaign #putuj387. But, before (or while) you travel your country with #putuj387, we have…
Neira Kameric Jevicki 0
Love0