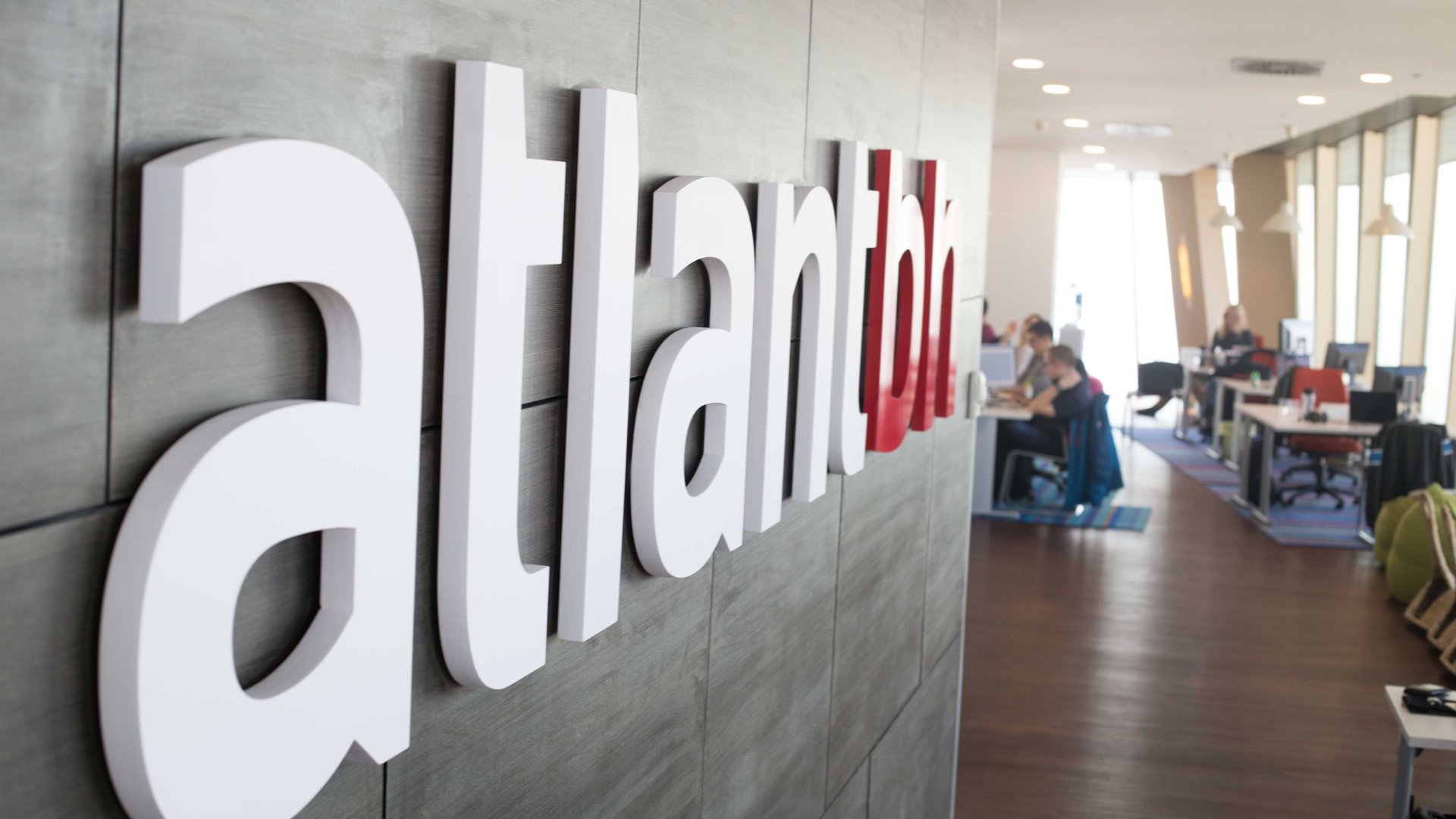 Recognizing the potential of the IT talent market in Bihac, Atlantbh hosted a workshop at the Faculty of Technical Engineering in Bihac in cooperation with the Development Agency of the Una-Sana Canton.

Atlantbh Dev Days brought together high school and university students, as well as youth with an affinity for IT, to work in teams and develop features for an existing web application. The assignment is a simplified version of what can be expected during the Atlantbh internship.

Teams were formed to include a range of skill levels, from IT beginners to experienced programmers. They had one goal, to implement as many features as possible in the web application.

Over the next two days, 25 eager participants had the opportunity to learn from experienced Atlantbh engineers and third year students from the Electrical Engineering Faculty at the University of Sarajevo, who served as mentors. Some were challenged to learn a programming language they were less familiar with. Others had the chance to experiment with technologies they had only heard of before. Everyone was able to learn something new and increase their skill set. Hands down, all of our participants were enthusiastic and curious which pushed them to join our event. These are signs of  DRIVE, a concept you can read more about in the blog “5 Questions That Will Help You Find Your Drive” written by one of my partners in crime, Mirna Kusturica. Atlanters are driven in everything they do, so we look to encourage this among others as well.

Participants spent hours in the computer lab hacking away. They wouldn’t even stop for food. Seriously, when lunch arrived we literally had to stick the food under their noses just to drag them away. Talk about motivation and commitment! These are exactly the characteristics we look for in potential Atlantbh candidates. Motivation and commitment are both aspects of GRIT, when you are just so focused on the task at hand because nothing short of success is acceptable.

Now, we cannot deny that the amount of DRIVE and GRIT exhibited at Dev Days in Bihać impressed us. But what impressed us even more was the degree of respect shown among participants. Experienced team members took the time to show their younger, generally less-experienced counterparts (namely high school students) how to tackle the tasks. They exchanged experience and knowledge, becoming mentors in their own right. This is exactly what the Atlantbh core competency RESPECT refers to. Respect towards the task, towards the creative environment and towards your team.

By the end of the first day, most teams had implemented at least one feature to the web app. Teams went their own ways, agreeing to meet some time before they were to present the next day. Presentations began at 11, but already the faculty room was crowded with participants by the time we arrived at 8 a.m. This is MORALS, when you are responsible and reliable so your team can count on you to show up.

During the presentations, it was evident that many teams had worked through the night. Atlantbh engineers were more than satisfied with the final product presented by teams. Some were even surprised how many tasks teams completed within the limited timeframe. This is SMARTS. Atlantbh encourages SMARTS, which isn’t just the ability to solve problems or analytical skills, but also the openness to learning which was evident throughout the event. Members of the winning team were rewarded coupons for online IT courses of their choice.

Encouraging youth to get involved in IT events and improve their tech expertise has always been a priority for Atlantbh. Atlantbh Dev Days hopes to repeat this event in other cities around Bosnia and Herzegovina. We also hope to inspire our Atlantbh core competencies among potential talents, so that one day they too can join our team. Follow our blogs to learn more about Atlantbh core competencies and what it takes to become an Atlanter.

Amela Trokić is a Talent and Marketing Manager at Atlantbh. Ever the one for adventure and new challenges, Amela has racked up an international professional portfolio having worked in 5 countries. Amela is currently working on employee motivation and benefits at Atlantbh, where her goal is to contribute to a healthy and positive work culture.