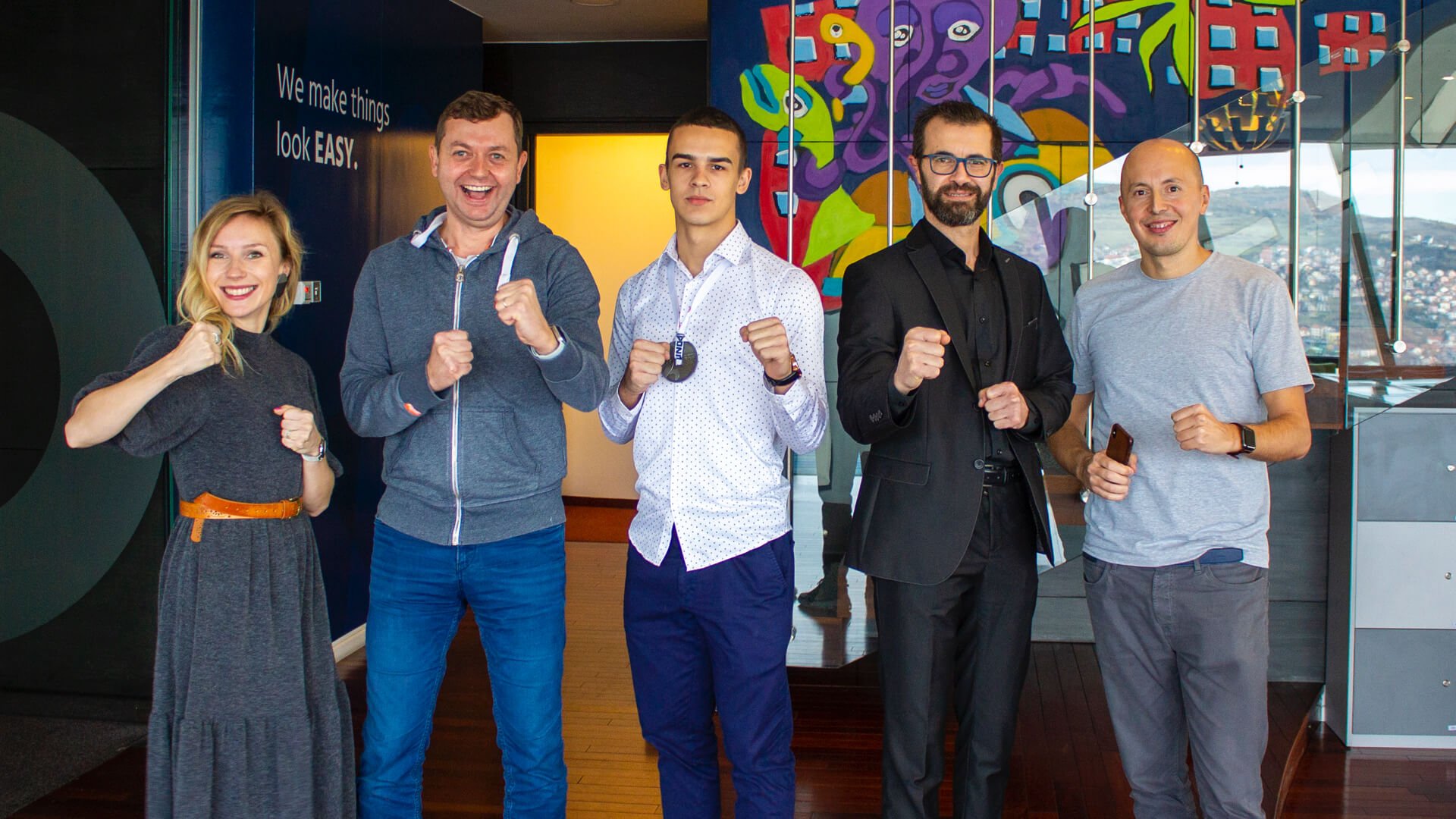 Bosnia and Herzegovina has many great ambassadors all around the world. A set of people who are giving their all to show that we are capable of the biggest achievements, even if we’re a small country. Atlantbh has been doing its part through the software industry by working with the biggest companies in the world. We’ve also been helping our young athletes put our country on the map by supporting their global journeys towards athletic achievement and lots and lots of medals. 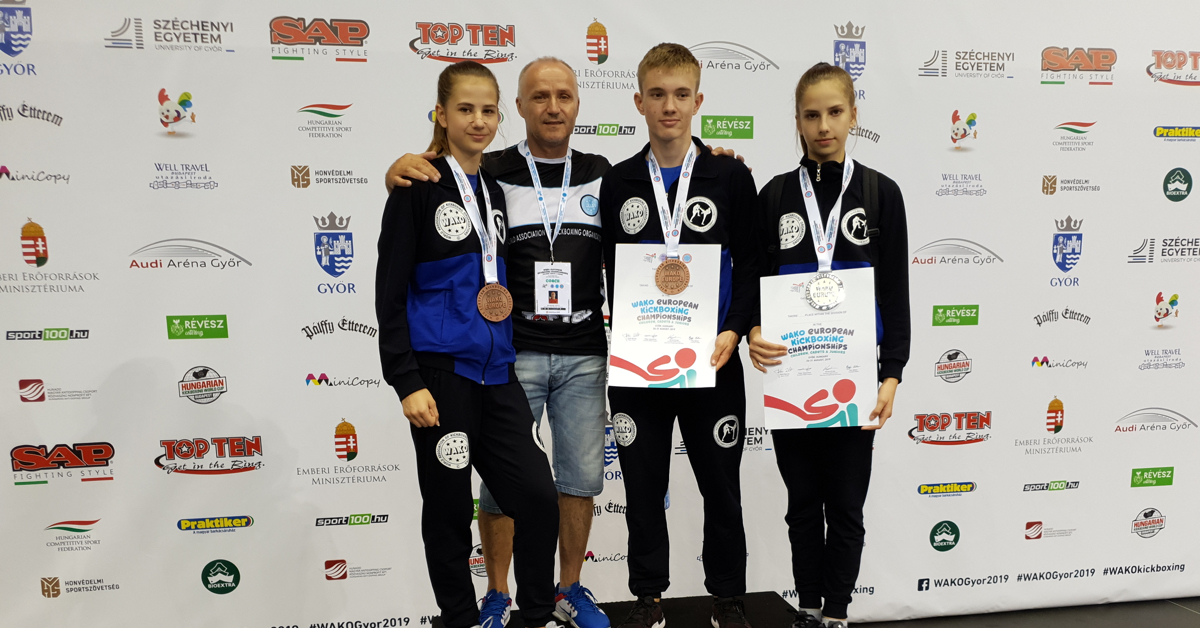 Ema, Lamija, and Dino with their coach in Hungary

During the past three months, we had the honor of sponsoring B&H’s national kickboxing and karate representatives. In August, B&H’s karate national team attended the European Championship for Juniors and Cadets in Hungary. Ema, Lamija, and Dino, from the kickboxing club “Tigar” Cazin, came home with 4 medals. We are immensely proud of these cadet champions and are looking forward to their future achievements.

Another great story comes from Chile and the World Karate Championship where Hamza Turulja earned the title of world vice-champion. Our representative took second place in the U21 Kumite Male -75 kg category and he’s only 18 years old! When we heard he qualified to compete against the best of the best in the world, we were more than happy to help finance his journey to Chile. 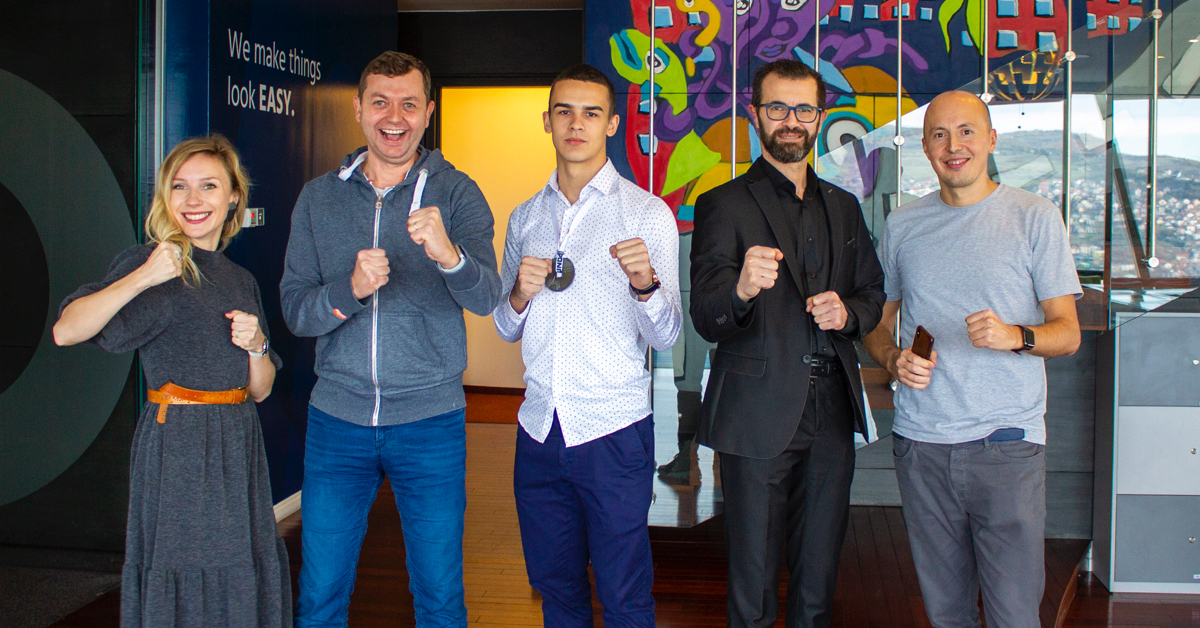 Hamza and his coach with members of Atlantbh’s Management Board

Hamza visited us last week along with his coach and father. We chatted about the championship, challenges he faced in Chile (amidst ongoing protests and unrest), and his opponents. Fun fact: Hamza beat the European champion in the semi-final match. Initially losing, Hamza made a comeback in the last five seconds of the match eventually leading to his win.

We hope that we will inspire more companies and organizations to participate in supporting our community. Together, we can achieve greatness – and bring a few medals home along the way.

2021 has been interesting. The world is still adjusting to the changes 2020 brought, we’re still learning and adapting. We are trying to make the best of it all and for the most part, we continue to make things look easy. Last year we learned some very important lessons and…
Neira Kameric Jevicki 0
Love0
News
September 29, 2021

Atlantbh Scholarships in their fourth year!

Atlantbh is offering scholarships for the fourth year in a row to students studying in IT-related programs throughout Bosnia and Herzegovina. Over the last three years, we have offered 40 scholarships in 2 different categories. This year, we will be offering scholarships to 10 lucky students! (more…)
Amela Trokic 0
Love0
News
April 1, 2021

21 reasons to dance for 21 years of Atlantbh

Earlier this month we celebrated our 21st Birthday! That’s right baby, Atlantbh is now of legal age in every country. Usually, we celebrate with our Atlanters by having a big party with lots of food, music and dancing. But things have been different lately. 2020 happened. It’s still happening. So,…
Amela Trokic 0
Love0